Information About The Port Commissioner Jackson was appointed as Port Commissioner in June 2017, and elected in November of 2019. He proudly served in the US Army, In addition, he is an accomplished pilot and serves as a Deputy Sheriff for the Grant County Sheriff’s Office of Aviation Division. He owns and operates Jackson Flight Center LLC, a flight school located at Moses Lake Municipal Airport. He is a long time resident of Moses Lake for more than 50 years.  His slogan has always been, “Build me a mile long road and I can only go a mile, but build me a mile long runway and I will show you the world.”

Commissioner Jones moved to Moses Lake with his family in 1948 at the age of eight. In 1957 he graduated from Washington State University, Eastern Washington University, and Big Bend Community College. He spent three years in Germany. In 1964, he married Pam Fisk, and they have two children, Bryan and Amy.  Kent has been a leading realtor since 1962, including his service as President of the Washington Association of Realtors in 1987.  Commissioner Jones served as a Port Commissioner from 1999 to 2007 and returned to the Port in 2010. His service to the community includes the Moses Lake Planning Commission, Moses Lake City Council, Moses Lake Chamber of Commerce and Moses Lake Rotary.

Born and raised in southeastern Pennsylvania, Commissioner Kunkle served in the military for 5 years, including in Viet Nam as a commissioned Army aviator. He graduated from the University of Idaho in 1975 with a BS in Business, majoring in accounting, then moved to Moses Lake in 1976 to work for Morris, Jones & Palmer, now Sutter, Kunkle & Thompson, P.S. Stroud  married Mary Nilsson from Dayton, WA in 1970, with whom he has two children and four grandchildren.

History of the Port of Moses Lake - Episode 1

HISTORY OF THE PORT (BOOK)

History of the Port – PDF 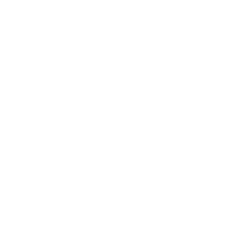